Greetings and welcome to my portfolio websites. My name is Travis and I research transmedia storytelling, interactive narratives, and digital design. I have a BS in Mechanical Engineering and MS in Digital Media at Georgia Tech. Below is a list of some of my projects I’ve worked on, please feel free to use the menu bar above to navigate to any other pages you may wish to visit. Of note, the code from a few of these projects can be found on my GitHub page: https://github.com/tgasque3/ 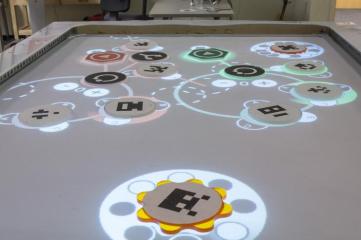 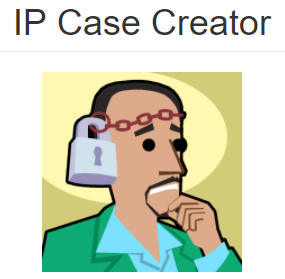 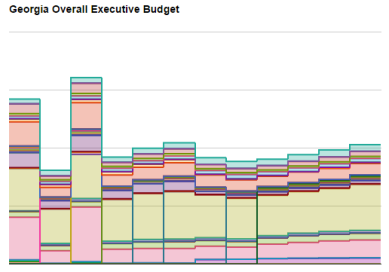 Georgia Budget Watch – A website created to provide transparency to residents of the state of Georgia.

Flock of Language – Created by combining Processing and Twitter. This project creates a flock of boids based on scraped Tweets which interact and swarm based on different variables.

Communal Faces – Using Facial Recognition and Processing this program captures and stores facial features of the user. The program then superimposed a random feature from its database onto the user’s face.

Wizards vs Cryptozoic Case Comparison – A website created to explain the implications and nature of the Wizards of the Coast Magic the Gathering vs Cryptozoic Hex: Shards of Fate court case.

King Spider – A robotic pet spider created using Bioloids. The spider searches and follows the brightest light in the room.

In addition to my digital products I also host a number of podcasts relating to the Tabletop Roleplaying Medium. The Drunk and the Ugly is a podcast where I design and run RPG games. Ugly Talks is another podcast that discusses transmedia techniques for the dissection of media to be used as fodder for RPG Game Masters and designers. Below are some recordings from the both the Drunk and Ugly and the Ugly Talks website.

Delta Green: Storage Wars – Run at GenCon 2017 for ArcDream Publishing. This was a playtest of a project that tries to inject linguistic horror into the Call of Cthulhu setting, while also attempting to question the role of players within such a setting. Of the six games run of this scenario, this is the “perfect run” where the players manage to complete their task without any major issues. As a reward for their accomplishments, I posted this game on the Drunk and Ugly Podcast.

Neo-Lovecraftian Horror – Another GenCon 2017 recording, this panel discusses the evolution of the Cosmic Horror genre in the face of social, cultural, and technological change. This topic was covered in an article published in 2016, but due to prior commitments, I wasn’t about to discuss it at that years GenCon. The break between did provide some useful new insight into the developing genre though. Of note, the room where this was recorded was taken is both a hotel and a train station, so the audio is unfortunately marred by the noises caused by trains entering and exiting the station.

Dinner with Susan – A RPG scenario based on the “Dinner with Susan” free scenario (found here). This session deviates from the original scenario to try and avoid the social issues facing the Cosmic Horror genre. This scenario and the subsequent changes showcase the initial starting point of a Social Justice project currently being worked on for 2018.

Where Did the Colors Go? – This scenario was an attempt to incorporate mechanics from another system, Little Fears, into the Monsters and Other Childish Things system. The results were mixed, with further testing needing to find more suitable means of integrating the two systems.

Ashton City Heroes: Episode 6, 7, 15, and others –  Ashton City Heroes is part of a superhero setting created using the Wild Talents RPG system. The setting incorporated rotating Game Master to simulate introduction of new authors and writers similar to the comic industry. Of the various scenarios I created, only Episode 6, 7, and 15 were published on the website before the entire world was pulled from the website. Other arcs included: Scavenger a 3-part scenario, played never publish on site, dedicated to the crime world of the Ashton City setting. Future-Scape also played but never published an attempt for an Avenger’s style cross-over in the setting to deal with a mysterious woman, and the bizarre technologically city of Tea Tree, and Robots. State of Things never played or published, deals with the maintenance of a superhero economy and the nature of comic book superheroes.